I Agree
What are Oklahoma Traffic Violations and Infractions? | OklahomaCourtRecords.us
Oklahoma Court Records

What Are Traffic Violations And Infractions In Oklahoma?

What Are Felony Traffic Violations In Oklahoma?

Felony traffic violations are offenses that attract severe penalties due to the serious damages it may cause. A traffic violation is considered a felony if it results in serious bodily injuries or major destruction of properties. In some cases, a recurring misdemeanor offense is classified as a felony.

The penalties attached to felony traffic violations depend on the type of offense. Under Section 17–102 of the Oklahoma Motor Vehicle statutes, persons convicted of felony traffic offenses are liable to incarceration for no less than one year and no more than five years. The court may also penalize offenders.

The traffic court decides the penalty for felony traffic offenses in Oklahoma.

What Are Traffic Misdemeanors In Oklahoma?

Traffic misdemeanors in Oklahoma are offenses that are considered to be less serious. Unlike felonious violations, a traffic misdemeanor attracts less severe consequences that may be either a small fine or imprisonment for a short period.

Following Section 17–101 of the Motor Vehicles statutes, the conviction of a traffic misdemeanor crime is punishable by a fine of no less than $5 and no more than $500. Such offenders may also be punished by imprisonment. The incarceration period ranges from 10 days to a year, depending on the judge’s verdict or the Oklahoma traffic laws’ provisions. The court may also double the fines of individuals convicted of misdemeanor traffic offenses when their driving privileges were under suspension or revoked.

Examples Of Traffic Misdemeanors In Oklahoma

Traffic offenses that are considered misdemeanors in Oklahoma State include:

What Constitutes A Traffic Infraction In Oklahoma?

Traffic infractions in Oklahoma State are lesser traffic offenses that attract minor consequences. They are not considered as criminal violations and usually don’t require offenders to appear before a court.

The penalties of committing a traffic infraction are the payment of fines and the allocation of points on the motorist’s driving record. Each infraction has a point value, and accumulating up to 10 points can lead to a license suspension.

In some cases, individuals that commit traffic infractions may redeem themselves or reduce their punishment by participating in driving improvement programs recommended by the court.

Examples Of Traffic Infractions In Oklahoma?

Some offenses that are traffic infractions in Oklahoma State include:

How Does Traffic Tickets Work In Oklahoma?

Traffic tickets are notices issued to persons that violate the Oklahoma traffic laws. The law enforcement officers are responsible for issuing tickets to violators. Upon receiving a traffic ticket, the motorist can take action to clear it up. Depending on the severity of the offense, the traffic ticket specifies the procedures offenders have to take to clear them. Typically, tickets may require motorists to appear before a traffic court or pay fines. Offenders can also contest a ticket in court to have it dismissed.

Law enforcement officers issue tickets for a moving violation such as over-speeding when the vehicle is in motion at the time of the offense. Non-moving violations include broken tail lights, illegal parking, and invalid license.

Individuals who receive speeding tickets or parking tickets in Oklahoma are given 15 days to take action on them. Typically, both tickets can be paid off without a court appearance. Fines for speeding tickets usually depend on how much a motorist drove above the speed limit.

Among the penalties of violating traffic laws is the allocation of points on a motorist’s driving record. Oklahoma State uses the Mandatory Point system to allocate points depending on the point value of a traffic violation. Motorists with ten or more points on their driving records will have their driver’s license suspended. Interested individuals can view the Oklahoma Driver’s Manual for more details on the point system.

Are Traffic/Driving Records Public In Oklahoma?

How To Find Traffic/Driving Records In Oklahoma?

The Oklahoma Department of Public Safety maintains traffic and driving-related records. Driving records contain the traffic violation history of offenders and the points accumulated on their stint. To obtain records, motorists can visit the DPS office location or complete the records request form and mail it to the address:

The DPS charges a fee of $25 for a copy of the requested record and an additional $3 to get a certified copy. Individuals should note that only records from 3 years to the requested date are available to obtain.

Tickets gotten for traffic violations and infractions remain on the offender’s record for three years. However, such persons must not incur further offenses during the three years consecutively.

Can Traffic Violation And Infractions Be Expunged/Sealed In Oklahoma?

The expungement or sealing of violations and infractions in traffic records makes them unavailable to copy or inspect by the public. Individuals may find it easier to expunge Oklahoma traffic misdemeanors than felony offenses.

§ 11–27–122.1 of the Oklahoma statutes provide for the expungement of suspended or deferred sentences for misdemeanor offenses if the offender completes the terms of probation successfully. Typically, upon completing a non-violent felony offense in Oklahoma, persons may qualify for expungement of records if not convicted for another crime in the next five years.

Interested Individuals can initiate an expungement process by petitioning a court or writing to a judge to request records’ expungement. If such persons qualify for expungement under the law, the judge may grant the request. 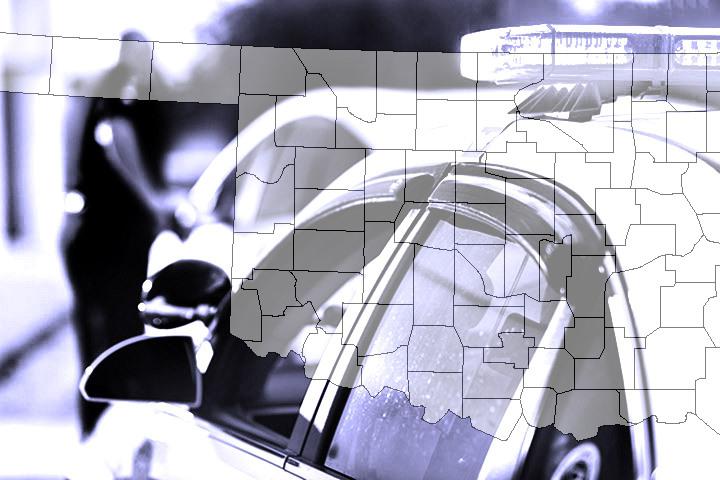