I Agree
How to Fight a Traffic Ticket in Oklahoma | OklahomaCourtRecords.us
Oklahoma Court Records

How to Fight a Traffic Ticket in Oklahoma

Rules prescribing the use of roads and highways in Oklahoma are in Title 47 of the Oklahoma Statutes (Motor Vehicles Code).. Per Okla. Stat. Tit. §11–28–113, a police officer may issue or serve a traffic ticket upon road users who have violated traffic rules and regulations in the state. The legal document, which contains information on the driver and the charges or violation, requires the recipient to pay the statutory fines or contest the court’s ticket. The municipal court and officials of the Oklahoma Judiciary are responsible for conducting proceedings for traffic cases.

Is it Worth it To Fight a Traffic Ticket in Oklahoma?

It depends. In the most unequivocal terms, Okla. Stat. Tit. §36–944 restricts a service provider from canceling or increasing an individual’s insurance premiums for speeding tickets received under Okla. Stat. Tit. § 37–11–8. However, the insurer may penalize the individual for other types of violations. Besides, there is a looming risk of having a criminal record after a serious traffic violation. Fighting a ticket may be worth it since everyone has the right to request a fair trial, and there is no penalty for losing a case other than the original sanction incurred. There is no single way to determine whether fighting a ticket may be worth it, but considering the following factors will help an individual decide:

Ways to Fight a Traffic Ticket in Oklahoma

How to Fight a Traffic Ticket Without Going to Trial

Oklahoma does not allow trial by declaration or consider written statements from witnesses. Thus, all parties must be present at a trial. However, an individual may contest a ticket without going to trial if they make a plea bargain. After entering a not guilty plea, the defendant must begin negotiating with the prosecutor before the hearing. Here, the defendant accepts that he or she committed a traffic violation or crime. However, the prosecutor will downgrade the actual crime to a lesser one with lighter sanctions.

How Do You Get a Traffic Ticket Reduced in Oklahoma?

If the defendant acknowledges guilt and can prove that the traffic violation was unpremeditated, the judge may reduce the ticket during the mitigation hearing. Other times, the violator may receive relief if immediate restitution for the traffic violation is made. For example, the judge may reduce a ticket issued for an illegal tag display or an equipment violation if the individual presents proof of compliance on or before the trial date. Besides this, the individual may request that the court set up a payment plan to pay fines and fees over a specified period.

Can You get a Speeding Ticket Dismissed in Oklahoma?

Yes. Before trial, Oklahoma provides several ways for a violator to get a ticket dismissed if eligible. For example, the court may dismiss an eligible speeding ticket if the violator enrolls in driver improvement school. The individual is only eligible if they have not taken the court-approved driving course within three years, and the ticket is not due. Although the court will dismiss the ticket in this case, the violator must pay an administrative fee and bear the costs of attending driving school.

During a trial, however, getting a speeding ticket dismissed depends on several factors. The defendant should have an attorney who can identify legal pressure points such as discrepancies in the officer’s perception of the violation. Likewise, if the officer is not certified to use speed detection devices, the court will dismiss the ticket on this basis. Other factors that may influence a dismissal include the officer’s failure to show up in court and clerical error by the issuing officer.

What Happens if You Plead Guilty to a Traffic Ticket in Oklahoma?

Suffice to say that the individual will have to pay the ticket and bear subsequent criminal or civil liabilities. A guilty plea also goes on the individual’s license, and the insurance service provider may increase the violator’s rates. If the individual is a habitual violator, the court may direct the Department of Public Safety to revoke the individual’s license. According to the state penalty system, habitual violators are individuals who accrue more than ten (10) demerit points within five years. Individual’s criminal history reports include records of traffic violations. Per the Oklahoma Open Record Acts, these records are available to interested members of the public, including prospective employers and government agencies.

Records that are considered public may be accessible from some third-party websites. These websites often make searching simpler, as they are not limited by geographic location, and search engines on these sites may help when starting a search for specific or multiple records. To begin using such a search engine on a third-party or government website, interested parties usually must provide:

How to Find a Traffic Ticket Attorney in Oklahoma

Given the roles of an attorney in the adjudication, reduction, or dismissal of the traffic ticket, one can conclude that an experienced attorney is a valuable asset in a traffic case. Close friends and family members who are past clients provide credible referrals. Otherwise, the defendant must get a referral from a trusted source. 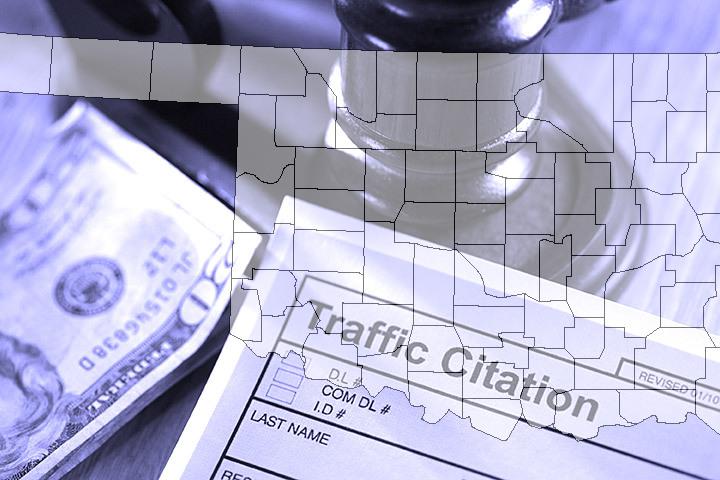