I Agree
What To Do When You Are On Trial For a Crime in Oklahoma | OklahomaCourtRecords.us
Oklahoma Court Records

What Do You Do if You Are On Trial For a Crime in Oklahoma?

In Oklahoma, persons charged with criminal offenses are advised to get adequate representation to navigate the criminal justice system. When a person faces charges for a crime in Oklahoma, law enforcement officers arrest the person, and the person and may spend some time in jail while awaiting trial. The court holds bond hearings soon after arrest; in some cases, the day after arrest. In making bail decisions, the judge may consider the accused’s criminal history, the nature of the charge against the accused person, and the likelihood of the person attending all court hearings as required by the court. If the judge grants bail, the accused will return home but must attend all court hearings. If the judge does not grant bail, the accused person will be held in custody while awaiting trial.

The court system has pre-trial, trial, and post-trial processes for criminal offenses. Depending on the severity of the offense, or the plea the accused person enters, some criminal cases do not go to trial. The court dismisses some cases, and some go straight to sentencing. While accused persons may choose to be self-represented, having an attorney will help accused persons navigate the criminal justice system faster and easier.

What Percentage of Criminal Cases go to Trial in Oklahoma?

When Does a Criminal Defendant Have the Right to a Trial?

What are the Stages of a Criminal Trial in Oklahoma?

Here are the stages of a criminal trial in Oklahoma:

How Long Does it Take For a Case to Go to Trial in Oklahoma?

What Happens When a Court Case Goes to Trial in Oklahoma?

When a court case goes to trial in Oklahoma, what follows is dependent on whether it is a jury trial or a bench trial. In jury trials, the first process is jury selection. The court selects a six to 12-member panel from a random pool of citizens and interviews them to determine suitability and impartiality. After the jury selection, the attorneys for the state and the defendant make opening arguments. The next steps are witness testimonies and evidence presentation; the prosecution and defense call up witnesses to testify and present evidence to disprove or confirm the statements. The prosecution then cross-examines the defense’s witness and vice versa. The burden on the prosecution is to prove beyond a reasonable doubt that the accused is guilty.

After the attorneys have examined witnesses and presented evidence, the prosecution and defense attorneys make closing arguments, and the judge charges the jury. The jury then retires for deliberation. The jury’s verdict must be unanimous; otherwise, the judge may declare a mistrial. If the jury delivers a unanimous guilty verdict, the judge sentences the accused. The sentencing may be immediately after the jury’s verdict or scheduled for another day. In bench trials, the judge determines guilt or innocence.

Can you be Put on Trial Twice for the Same Crime in Oklahoma?

No, a person cannot be put on trial twice for the same crime in Oklahoma. According to state laws, no one can be put in danger of double jeopardy or tried twice for the same offense without the person’s consent. Under this law, if a judge dismisses a case after evidence presented by the attorneys due to a lack of evidence or unavailability of witnesses, the case counts as a trial.

Additionally, federal laws protect all United States citizens against double jeopardy. However, if an act constitutes an offense under the laws of Oklahoma and another state, or under Oklahoma laws and federal laws, then the different states or different courts may charge and try the accused person.

How Do I Lookup a Criminal Court Case in Oklahoma?

Interested parties may request criminal court case records from the record custodian in the court where the case is ongoing or where the judge heard the case. According to the Open Records Act, members of the public may freely request public court records. Alternatively, interested parties may lookup court records using government-provided portals and third-party websites. The Oklahoma Department of Corrections Offender Records may also provide interested parties criminal court case information. However, the website may only contain information provided by the Department of Corrections. The website also may not contain information about ongoing cases.

Through government-sponsored and third-party websites, the Oklahoma Court System provides electronic access to court information on different websites. These websites allow users to search for court records using criteria such as:

How Do I Remove Public Court Records in Oklahoma?

In Oklahoma, expungement is the removal of court records from public view. Only law enforcement and the courts can access expunged records, and for judicial use only. Oklahoma provides for expungement under the following circumstances:

Interested parties may file a motion for expungement at the court that heard the case. 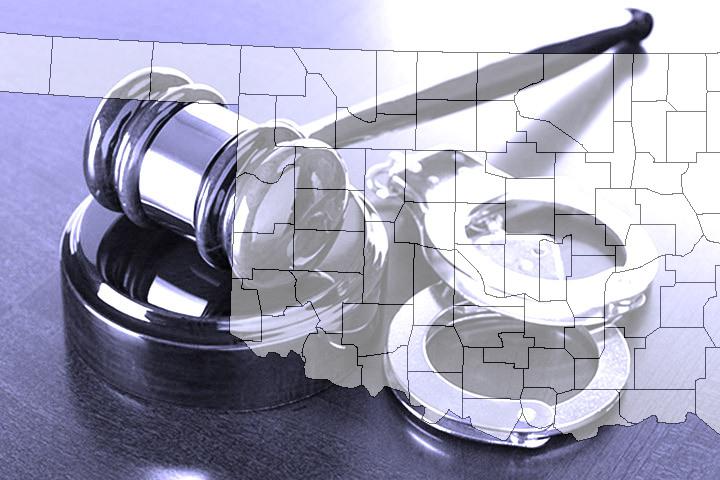