I Agree
The Difference Between Felonies Misdemeanors and Infractions in Oklahoma | OklahomaCourtRecords.us
Oklahoma Court Records

Felonies, Misdemeanors, and Infractions in Oklahoma

The criminal justice system in the state of Oklahoma classifies crimes as felonies and misdemeanors (OS 21–4).. Felony crimes are the most serious offenses with often severe penalties, while misdemeanors are less serious offenses. Crimes in Oklahoma are punishable by death, imprisonment, fines, removal from office, or disqualification to hold any position of honor or profit in the state (OS 21–3).. Oklahoma’s statutes provide definitions and guidelines for offense classification, penalties, and sentencing. Summarily, Oklahoma crimes are tried on the basis of these categories.

What is a felony in Oklahoma?

What are some examples of felonies in Oklahoma?

Some examples of felonies in Oklahoma are:

Commercial gambling is punishable by imprisonment in a state facility for not more than 10 years, or a fine of up to $25,000, or both imprisonment and fine.

Other examples of felonies in Oklahoma are:

The state of Oklahoma imposes additional penalties for repeat felony offenses. These are usually more severe than first-offense punishments. For example, the first offense of forcible sodomy is punishable by a prison term of up to 20 years in a state correction facility. Second convictions of forcible sodomy are punishable by imprisonment for life without parole (OK 21–51.1a)

In Oklahoma, people convicted of certain felony crimes are required to serve no less than 85% of their sentence as a requirement for parole eligibility (OS 21–13.1).. Some of these crimes are:

Can I get a Felony Removed from a Court Record in Oklahoma?

Some felonies can be expunged in Oklahoma. Expungement in Oklahoma is the sealing of all public criminal or civil records related to a felony. The records will not be deleted or removed, and will still be available to law enforcement agencies for law enforcement purposes.

According to the Criminal Procedure statute OS 22–18, to be eligible for expungement, applicants must meet the following criteria:

To file a petition for expungement, applicants may use the statutory form provided by OS 22–18a. Felonies that are not eligible for expungement include violent crimes such as:

Is expungement the same as sealing court records in Oklahoma?

When court records are expunged in Oklahoma, they are not removed completely or destroyed but sealed. They become non-public records that are only available to law enforcement agencies and courts. If an expungement is granted, the offense will be deemed to have never occurred. On inquiry, the person whose record was expunged may respond that no such offense took place and no records exist.

How Long Does a Felony Stay on Your Record in Oklahoma?

Felonies stay on criminal history records for life or until they are expunged. In addition to fines and imprisonment terms, felonies have additional consequences that can negatively impact convicted persons. For example, persons convicted of felony crimes may not vote, serve on juries, buy, own, or bear arms. Felony records may restrict job opportunities and federal aid programs available to convicted persons. They may also not be eligible for admission into colleges. Expungement offers persons who have been convicted of felonies an opportunity to rejoin society with a clean slate. It affords access to housing, federal loans and grants, and jobs that would be otherwise inaccessible.

What is a Misdemeanor in Oklahoma?

In Oregon, all crimes not designated as felonies are misdemeanors (OS 21–6) They are less serious offenses than felonies and are punishable by no more than one year in county jail, fines of up to $500, or both imprisonment and fines (OS 21–10).. If a person commits a misdemeanor, whoever aids such a person is also guilty of a misdemeanor and punishable in the same manner as the principal offender, except otherwise prescribed by statutes. In addition, if an act is prohibited by any state statute, and no penalties are imposed in any statute, such an act is a misdemeanor. (OS 21–21)

What are some examples of Misdemeanors in Oklahoma?

An example of a misdemeanor in Oklahoma is:

A first-offense DUI is classified as misdemeanors. Offenders are mandated to attend alcohol and drug substance abuse evaluation programs. The misdemeanor is punishable by a minimum of 10 days in county jail and no more than one year. Offenders may also pay fines of no more than $1000.

If a person is convicted of another DUI within the 10 years following the completion of the conditions for the sentence their first conviction, the second offense will be designated a felony (OS 47–11.902).. The offense may be punished by:

Second felony DUIs are punishable by:

Third and subsequent felony DUIs are punishable by:

Additional conditions and penalties for DUIs are laid out in OS 47–11.902.

Other examples of misdemeanors in Oklahoma include:

Can I Get a Misdemeanor Removed from a Record in Oklahoma?

Misdemeanors can be removed from criminal records in Oklahoma through the expungement process. Expunged records are sealed and made non-public. This means that they will only be accessible to law enforcement agencies and courts for law enforcement purposes. The person whose record was expunged will be deemed not to have committed the crime, and no records of the crime will appear in background checks.

To be eligible for expungement, five years must have passed since the completion of the sentence for the conviction. Other requirements for eligibility are:

Persons convicted of misdemeanors and penalized with fines of less than $501 may apply for expungement immediately after the fine is paid.

Can a DUI Be Expunged in Oklahoma?

Persons who have been convicted of first-offense DUIs may receive deferred sentences. This means that sentencing will be postponed until after successful completion of probation, treatment, or rehabilitation programs in a state-approved or state-supported facility (OS 62–2–410).. Upon successful completion, the defendant’s guilty plea will be changed to not guilty, and the case will be dismissed. However, such persons must file a motion to have the records expunged.

DUI offenses punishable as felonies may not be eligible for expungement.

What constitutes an Infraction in Oklahoma?

In Oklahoma, infractions are the least serious types of offenses. They are non-criminal offenses punishable by fines.

What are some examples of Infractions in Oklahoma?

Examples of infractions in Oklahoma include:

Can Infractions be Expunged from an Oklahoma Criminal Court Record?

Infractions such as traffic violations can have consequences such as increased insurance premiums and license points. Records of infractions can be removed from a person’s criminal history if they file a motion to have the records expunged. 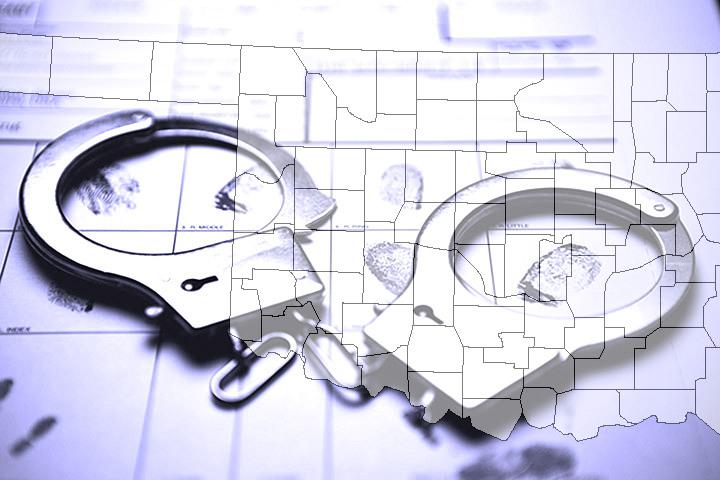