In Oklahoma, when a criminal is convicted of a crime, and the state court pronounces judgment, the individual may be sentenced to prison. The Oklahoma State Prison System constitutes facilities concerned with retribution, incapacitation, deterrence, and rehabilitation of offenders convicted of breaking state criminal laws. Offenders are forcibly detained in these facilities as a means to ensure that they pay their debts to society while they are rehabilitated to prevent future crime. The system constitutes prisons, jails, and youth correctional facilities managed by the Oklahoma Department of Corrections (ODOC).

What is the Difference Between Jail and Prison in Oklahoma?

Jails in Oklahoma are secure facilities that house offenders who are,

The jails in the state are managed by the local government, including the county or city sheriff. In contrast, all state prisons in Oklahoma are under the state government’s purview, under the directive of the Oklahoma Department of Corrections. Just like the county and city jails, the state prison facilities are secure. However, they are designed for long-term sentences of 1 year or more. Therefore, offenders convicted of serious felonies are usually the inhabitants of these facilities.

How Many Prisons are in Oklahoma?

How do I search for an Inmate in Oklahoma State Prison?

The Oklahoma Department of Corrections(DOC) manages information about inmates incarcerated in an Oklahoma State Prison, county jails, and correctional centers. Interested individuals looking for inmates in the state prison system can visit the department’s home page and use the inmate offender lookup feature. Users can search the department’s database using the offender’s DOC number, their full names, and birth date. Typically, results from the inquiries on this website may include:

Also, inmate records can be procured by contacting the administrative department of the Oklahoma DOC directly at:

Also, by requesting an offender’s Oklahoma criminal records, an inquirer may locate the offender’s inmate records. In addition to obtaining these records online through the Criminal History Information Request Portal, the information is accessible through the Oklahoma State Bureau of Investigation’s repository.

Alternatively, records are obtainable by filling out a criminal history request form and submitting it to the bureau in-person, by mail, or by fax.

Are Incarceration Records Public in Oklahoma?

Incarceration records in Oklahoma are part of the public records generated by government agencies in the state. Hence, according to the state public records law, these records are open and accessible to the public. The law mandates that it is within a citizen’s rights to obtain and review the records on request. However, on some occasions, the documents may be protected from public view, especially when the court orders them to be sealed.

How to Look Up Jail Records in Oklahoma?

County and city jail facilities usually maintain records of inmates incarcerated within them, and these records are public records. Usually, the sheriff’s office that manages these jails maintains an online roster and databases with all inmates’ information in these facilities. These databases reveal general information, such as inmate locational information, custody status, etc. On occasions where the county does not provide an online web-service, inquirers can contact the sheriff’s office directly for more details. Depending on the county, the information may come with a small fee.

Can Jail Records be Expunged in Oklahoma?

Yes, according to Title 22 of the Oklahoma Statutes, individual jail records can be expunged in Oklahoma by petitioning the District Court in the county or city where the arrest was made. Expungements allow individuals to seal their court or arrest records to prevent the public from accessing the information. However, any offender seeking expungement must first qualify for the process before filing the petition in court.

The State of Oklahoma eases expungement processes for concerned individuals in the state through the amendments to Section 18 of the expungement statutes. Under this section, offenders can expunge their entire arrest records, misdemeanor convictions and, non-violent felony offense convictions. However, the petitioner seeking expungement must be eligible for this process. Eligible individuals must fall under any of these categories:

When all these conditions are met, the individual may file the petition at the court clerk’s office in the county where the charges were initially filed. The petition must be served on the district attorney, the arresting agency, and the Oklahoma State Bureau of Investigation. 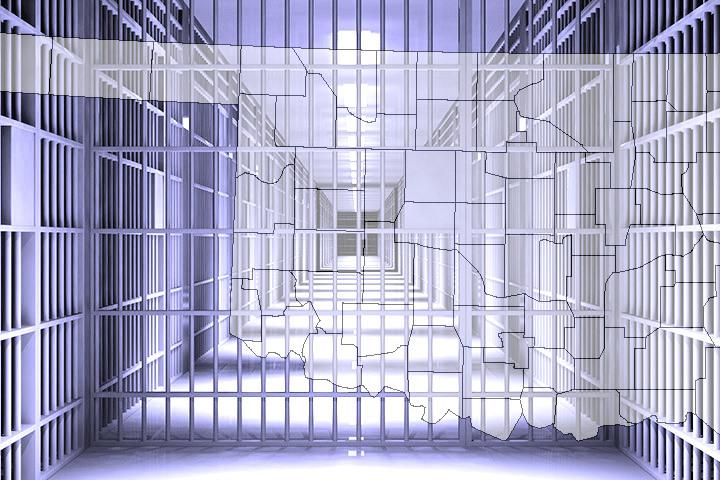