I Agree
Where to Find Inmate Records in Oklahoma | OklahomaCourtRecords.us
Oklahoma Court Records

Where to Find Oklahoma Inmate Records

Oklahoma inmate records reveal details of prisoners held in state prisons and county/city jails. The Oklahoma Department of Corrections is tasked with creating and maintaining these records. There are 24 state prisons in Oklahoma. Each of these correctional centers has a recording unit required to compile inmates’ details committed into its facility. Examples of these details are fingerprints, photographs, date of birth, ethnicity/nationality, etc. Generally, inmate records in Oklahoma are created for research and statistical purposes. As a result, they are readily available to law enforcement agencies and other authorized state agencies.

Incarceration records in Oklahoma are public information thanks to the Open Records Act. The law came into effect in 1985 to ensure citizen’s right to access government records. These records are created and maintained by approved agencies at the state and county level. Oklahoma incarceration records are available in electronic formats and physical copies. Note that some information on the records is confidential. As such, requesters may only gain access to such sensitive information by obtaining a court order or subpoena.

Records that are considered public may be accessible from some third-party websites. These websites often make searching simpler, as they are not limited by geographic location, and search engines on these sites may help when starting a search for specific or multiple records. To begin using such a search engine on a third-party or government website, interested parties usually must provide:

● The name of the person involved in the record, unless said person is a juvenile

● The location or assumed location of the record or person involved. This includes information such as the city, county, or state that person resides in or was accused in.

What Information is Contained in an Oklahoma Inmate Record?

Four types of records are created for every inmate committed into a state prison. These are:

● Computer Record: This record is created at the reception center where the convict will be assessed, classified, and given an OK DOC number. These records contain necessary information such as the name, date of birth, age, crime committed, date of sentence, etc. The document also shows the prisoner’s activities and progress in the facility.

● Field Record: This record is maintained and created by the parole and probation unit of the prison. The field record shows all activities, sentences, and backgrounds of the prisoner.

● Commitment Document: This record contains information related to the personal identification of the prisoner. This includes the social security number, driver’s license, state-issued ID card, US passport, military records, a certified copy of the birth certificate, and photo identification provided by a technology center school in Oklahoma.

● Medical Record: This record, also known as the Electronic Healthcare Record (EHR), is confidential. This is due to the sensitive information it contains. Examples are the inmate’s vital signs, medications, family history, past medical history, allergy records, etc.

Where do I Look Up an Inmate in Oklahoma?

Inmate look-up in Oklahoma is provided by approved agencies in charge of maintaining inmate records. Generally, the Department of Corrections is the approved custodian of records of inmates housed in state prisons. Records of county jail inmates are maintained by the record department of the county sheriff. Requesters can look-up inmate information by:

● Checking the online database provided by the agency

● Sending a mail to the agency

● Visiting the prison or jail facility in person

How Do I Conduct an Inmate Search in Oklahoma?

Inmate search in Oklahoma can be conducted differently at county jails and state prisons. This is because they are under different jurisdiction and administration.

Inmate search in jails: There is no centralized system for looking up inmates in jails. Individual counties in the state provide such information through the sheriff’s office. Generally, requesters may mail, call, or visit the county sheriff office to obtain physical copies of inmate records. However, some Oklahoma counties offer easy online access to inmate information. For instance, Cleveland county provides access to inmate information system online. Also, Oklahoma county has an online search platform for finding inmates in its facility.

Inmate search in prisons: The Department of Corrections in Oklahoma provides access to its online database. Family and friends can find inmate information on the database by providing details like the prisoner’s name or birth date. It is advisable to input the inmate’s OK DOC number to get a better search result. Further information on an inmate can be obtained by contacting the records department of the ODOC. Mail, call, or visit the department using the address below:

How Can I Find an Inmate for Free in Oklahoma?

Inmate information in Oklahoma is available in electronic and paper formats. The electronic format accessible online is free to requesters. The department of corrections provides access to its free online database. Most counties in the state of Oklahoma also maintain an online Inmate search that is free to use. However, obtaining physical copies or paper formats of inmate information may attract some charges.

How to Find Old Inmate Records in Oklahoma

Old inmate records in Oklahoma refers to information on state prisoners before 1978. This archive documents may not be available at the central repository maintained by the Department of Corrections. The Oklahoma Department of Library is in charge of all archived information in the state. Requesters can find digital publications of inmates on Archives.OK.Gov. Alternatively, interested persons can mail or visit the department at:

How do I Find Inmate Death Records in Oklahoma?

According to the inmate death procedure in Oklahoma, documentation of inmate death is the responsibility of a healthcare provider, licensed nurse, or registered nurse. This information is stored in the Electronic Health Record (EHR) and submitted to the Office of the Medical Examiner (ME) of Oklahoma. As such, the inmate’s EHR can be obtained from the medical examiner.

Family and friends of a deceased inmate can obtain the death certificate from the Vital Statistics Division at the Oklahoma State Department of Health. Also, records of inmates who died on death row are maintained and obtainable from the ODOC.

How do I Conduct a Federal Prison Inmate Search?

How Long Does it Take For An Inmate’s Information to Be Published in Oklahoma Inmate Locator?

New inmates are published on the centralized database within 24 hours of their arrival into state correctional centers. However, after conviction, they may spend up to six or nine months in the county jail before getting transferred to the reception and assessment center. Once convicts get to the reception center, details like photographs, names, fingerprints will be compiled. The intake facility will also assess and classify all convicts according to their sentence before being admitted to the state prison. Afterward, this information will be published online. 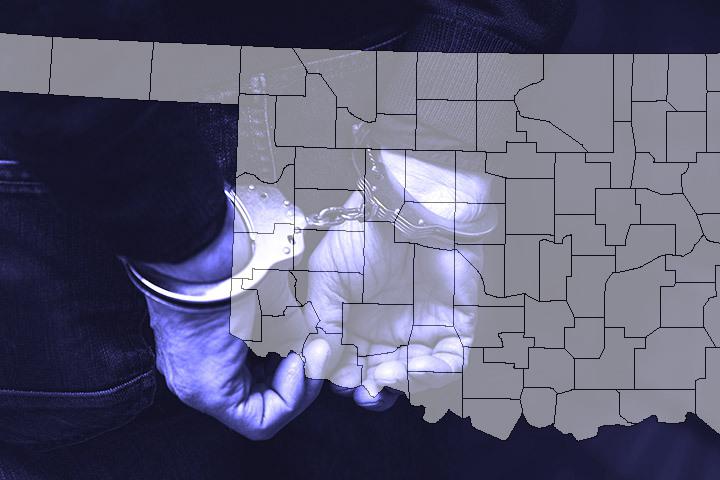