In Oklahoma, a criminal record is created when an individual is arrested, charged, or convicted of a crime. Most prospective employers, housing managers, schools, and financial agencies check if their applicants have criminal histories. Having a criminal record may potentially interfere with a felon’s housing, education, employment, and more. Therefore, Oklahoma law provides relief to individuals with arrest or conviction records by expungement. An expungement order seals a criminal record and makes it confidential to the public, making it easier for a past defendant or offender to access life and career opportunities. However, Oklahoma courts can only expunge a criminal record if the petitioner qualifies for expungement under 22 Okla. Stat. Ann. § 18. Records that can be expunged include certain criminal records, arrest records, court records, and juvenile records.

The Difference Between Sealing and Expunging Criminal Records

There is no difference between sealing and expunging a criminal record in Oklahoma. Usually, the term “expungement” refers to the destruction of a criminal record. When a criminal record is expunged in Oklahoma, it is only sealed and removed from public view. Although, under 22 Okla. Stat. Ann. § 22–19(k), sealed records may be destroyed after ten years if the records are not unsealed within that period.

How to Seal a Criminal Record in Oklahoma

How to Expunge Criminal Records in Oklahoma

The procedure to expunge a criminal record in Oklahoma is denoted in 22 Okla. Stat. Ann §18a and 22 Okla. Stat. Ann §19. An individual may use the Petition to Expunge Records form to file an expungement in the District Court where the arrest records are located. This form may be obtained from the court. When a petition has been filed, the court schedules a hearing and notifies the prosecuting attorney, arresting agency, Oklahoma State Bureau of Investigation (OSBI), or any other relevant party, thirty days before the date of hearing. Within these 30 days, any notified agency or aggrieved party may file an appeal with the Oklahoma Supreme Court, and the OSBI, as a necessary party, must be notified of such proceedings. A court may grant a petition for expungement in the interests of justice, and if the petitioner meets expungement requirements and private interest outweighs the public interest in the record. With an expungement, a court removes all or some parts of the record from public view and limits who can access the expunged record. Pursuant to 22 Okla. Stat. Ann §19(D), the subject of an expunged record, can state in a job or school interview, or otherwise, that no such record exists.

What Crimes Can Be Expunged in Oklahoma?

Oklahoma statutes do not state the exact crimes that can be expunged. Rather, 22 Okla. Stat. Ann. § 18 outlines individuals whose crimes are expugnable in Oklahoma. Conditions where an offense can be expunged, including:

Do Sealed Records Show up In Oklahoma Background Checks?

Yes, it may still be possible for an expunged (sealed) record to show up in an Oklahoma background check. Upon entry of an expungement order, the courts, OSBI, and law enforcement agencies seal the official criminal record. For an expungement based on a deferred or delayed sentence, the OSBI’s record will read “plead not guilty, case dismissed,” rather than “no such record exists.” However, informal records maintained by online background check agencies and newspapers may still be available to the public.

Who Can See Sealed Criminal Records in Oklahoma?

Under 22 Okla. Stat. Ann §19(E), certain parties can inspect any criminal record that has been expunged (sealed) in Oklahoma with the permission of a court. These parties include the subject of the record, the Attorney General, and the prosecuting attorney. Sealed arrest records are always accessible to law enforcement.

How to Obtain Sealed Records in Oklahoma

Individuals who legally have access to expunged (sealed) criminal records in Oklahoma (22 Okla. Stat. Ann §19(E)) may obtain records with the court’s permission. As Oklahoma statutes and court rules do not specifically indicate how these records may be obtained, it is necessary to contact the District Court with jurisdiction for these procedures. 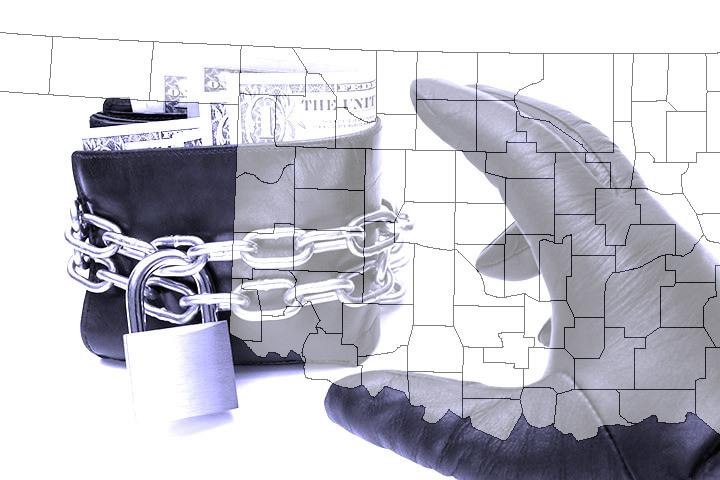