What Are The Differences Between Federal And State Crimes?

In the United States, the federal and state government are responsible for administering justice for criminal acts. Individuals accused of breaking the law may be charged and tried for state or federal crimes, depending on the law that was violated. If the crime violated federal laws, it is presumed to be a federal offense, and if it violated Okhaloma criminal statutes, it is a state offense. However, an individual may be charged and tried by the Oklahoma state government and U.S. government at the same time, if the crime violated both federal and state laws. Other differences between federal and state crimes include the court systems, criminal procedures, prosecuting attorneys, and investigative agencies. Offenses that fall under the federal government’s jurisdiction either affect the United States, are considered interstate crimes, or both. These crimes include:

State crimes occur more frequently than federal crimes and include:

The Oklahoma court system differs from the federal court system in the courts with jurisdiction to hear criminal cases and criminal courts’ processes. The Oklahoma court system is responsible for upholding the laws in the state. The state’s judicial system is divided into the Supreme Court, Court of Criminal Appeals, Court of Civil Appeals, and the 77 District Courts. Oklahoma is one of the two U.S. states with two courts of last resort. The District Courts (or trail courts), located in the 26 judicial districts, are the state’s criminal courts. Each court has one or more judges, associate district judges, and special judges assigned to hear all criminal matters. Generally, state judges are selected by the Oklahoma Judicial Nominating Commission and appointed by the governor for at least 1 year. However, the District Court judges are elected by nonpartisan elections and serve a term of 4 years, excluding the special judges. Special judges are selected by the district judges. The Oklahoma Attorney General appoints state prosecutors. The courts assign public defenders in the Oklahoma Indigent Defense System to represent indigent defendants in trials and appeals, except those charged in Tulsa and Oklahoma counties. The state police, county sheriff, and police departments handle investigations of criminal acts, and individuals found guilty of state crimes are subject to sentencing under Title 21 of Oklahoma Statutes. All appeals for criminal cases are heard in the Court of Criminal Appeals.

In the federal court system, the federal district courts located in Oklahoma hear and resolve criminal cases. These cases are investigated by federal officers and agencies such as the United States Coast Guard (USCG), Drug Enforcement Agency (DEA), Bureau of Alcohol, Tobacco, Firearms, and Explosives (ATF), United States Secret Service (USSS), Federal Bureau of Investigation (FBI), and Internal Revenue Service (IRS). Federal prosecutors, also known as assistant district attorneys, are appointed by the United States Attorney. Although state judges serve only for a term and upon expiry may be re-elected, federal district judges are appointed for life by the Senate. Federal bankruptcy judges, however, serve a term of 14 years. The 10th Circuit Court of Appeals in Colorado hears all appeals from the Oklahoma federal district courts. Criminal procedures and sentencing carried out by these courts are covered under the Federal Rules of Criminal Procedure, Federal Rules of Evidence, and Local Criminal Rules.

How Many Federal Courts Are There In Oklahoma?

In Oklahoma, there are six federal courts: 3 district courts and 3 bankruptcy courts, namely:

Yes, federal cases are accessible to the members of the public. Federal court records are available to obtain and view through electronic, remote, and physical channels provided by the courts. There are exceptions, however, to the type of records or information that may be obtained by the public. The court does not provide sealed records or redacted information to the public. This includes unexecuted warrants, records containing trade secrets, juvenile records, the names of minor children, defendants’ dates of birth, home addresses, witness/victim/informant information, and any information that may pose a financial or security risk to the parties involved.

The Public Access to Court Electronic Records (PACER) may be used to find and obtain federal case files, docket sheets, final judgments, case statuses, court opinions, and other documents related to a case online. An individual who wants to access the system to view or obtain these records must create or own a user account and pay the records fee. More information on using the platform may be obtained on the FAQ and help pages. Furthermore, the PACER service center may be contacted by phone (800) 676–6856 or email on weekdays for inquiries. Users may obtain information from PACER by searching case files in a court or if the court of record is unknown, searching for the case file using the PACER Case Locator. The applicable federal courts may be contacted for records that are unavailable on PACER.

How To Find Federal Court Records In Oklahoma?

In Oklahoma, members of the public may obtain paper copies of criminal case files by querying the federal district courts where the cases were heard. These records include paper docket sheets, transcripts, transcripts of magistrate hearings, and the complete case files. Individuals may order copies in-person or in writing through the Clerk’s office, or electronically at the public terminals located in the Clerk’s office. The fees for obtaining these records may be viewed on the fee schedule. The Clerk requires requesters to provide their names, return addresses, daytime telephone numbers, and information on the record, such as the document or case number. An individual who does not know the case number of a record may visit the Clerk’s office on weekdays from 8:30 a.m. to 4:30 p.m. to search the party index provided by the office. This service is free; however, if the party prefers the Clerk or court personnel to search for the record, there is a fee charged by the office. Paper docket sheets of criminal cases filed from 5th March 1935 to June 1994 are accessible by entering a year, case type, and case number on the Paper Dockets platform maintained by the district courts. Docket sheets for criminal cases filed after 1994 are only available through PACER, and those filed between 1925 to 1945 may be accessed through the National Archives and Records Administration (NARA). To obtain original or electronic copies of older records unavailable at the court, requesters may either request through the court or directly through NARA using the provided fax/email/mail, or online services. Generally, the following information is required to obtain a record from NARA:

The Archive Database may be used to confirm whether or not a record has been transferred to, or retrieved from NARA by the court. The database may also be used to obtain the location, box, and accession/transfer numbers of the record.

Copy and transcript requests may be made to the 10th Circuit Court of Appeals by paying a fee in advance. Court records are also accessible using public access terminals located at the Clerk’s office. Acceptable payment methods include checks or money orders payable to the Clerk, U.S. Court of Appeals. Court opinions, orders, judgments, and copies made in the Clerk’s office cost $0.50 per page. Case files viewed via the public access terminals cost $0.10 per page to copy. Certification costs $11 per document. Records retrieved from NARA cost $64 and an additional $39 per additional box requested.

Can Federal Crimes Be Dismissed In Oklahoma?

How Do I Clear My Federal Criminal Record?

To clear a criminal record is to expunge it. In some states, an expungement destroys the criminal record. In other states, it means that the record is sealed and closed from public access, including access by unauthorized court personnel or state officials. In federal convictions, the offender may have their convictions cleared by presidential pardon or by the courts provided their private interests outweigh the public’s right of access. Other conditions include if:

Interested parties may petition the applicable court in writing. However, it should be noted that in the United States, expungements of federal convictions seldom occur. As it is, federal statutes only give one instance where the courts may grant an expunction: 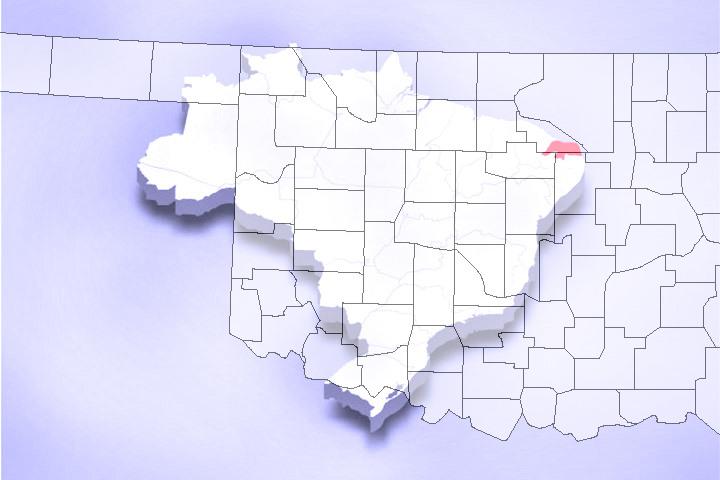