I Agree
How Does the Oklahoma Municipal Court of No Record Work? | OklahomaCourtRecords.us
Oklahoma Court Records

How Does the Oklahoma Municipal Court Not Of Record Work?

The Municipal Court Not of Record in Oklahoma is trial courts established by cities with populations below 200,000 following 11 OK Stat §11–27–101 of the Oklahoma statutes. The court does not record details of trial and proceedings, and cases appealed to the district court are usually treated as new. The towns and cities that create Municipal Court Not of Record do this to help handle violations of local laws and edicts and therefore do not hear cases involving the state or federal laws.

Under the Oklahoma State Judicial System, the Supreme Court is the apex court for civil cases, while the Court of Criminal Appeals is the highest court for criminal cases. The Oklahoma Court of Civil Appeals serves as the appellate court for civil matters. This intermediate appellate court is then followed by the Oklahoma district courts, which are present in all state counties and are the trial courts of general jurisdiction. That is, the district courts hear both criminal and civil cases involving the violations of state laws.

In Oklahoma, the mayor appoints judges of the Municipal Court Not of Record. The approval of the municipality’s governing body is also required to make the appointment official and binding. An individual can only qualify to be a judge if the person is licensed to practice law in the state of Oklahoma and a registered voter in the county of nomination. Chosen judges in the Municipal Court Not of Record occupy the position for two years only.

Sixty days before the judge’s tenure expires, the governing body will submit a recommendation based on the review of the judge’s performance to the mayor. The mayor can then decide to either reappoint the judge or ask the governing body to nominate other qualified legal practitioners to fit for the position. Thirty days before the sitting judge bows out, the mayor will either announce the judge’s reappointment or select from the list of names submitted. There are about 340 Municipal Court Not of Record in Oklahoma located in various counties across the state.

The Oklahoma Municipal Court Not of Record does not keep records of court proceedings like evidence presented and other issues discussed during the legal action. Case files reveal information on the proceeding outcome, which could either be a plea bargain, the conviction, dismissal of the case, or the offender being declared not guilty of the offenses. Interested persons can submit a request to the clerk’s office or perform a docket search through the Oklahoma State Courts Network portal, which has court records of all courts in the State of Oklahoma. Parties can search using the case number, the court, or the county where the trial took place.

Due to the limited types of cases heard in the Oklahoma Municipal Court Not of Record, cases move along faster than in other courts since the suspect charged may choose not to be represented by an attorney. The punishment for cases brought to the Municipal Court Not of Record mostly involves paying fines or six months imprisonment or less. Offenders that are not satisfied with the Municipal Court Not of Record judgment can appeal the decision at the district court. At the district court, the defendant must pay a bond before the court sits for the case. Bonds are usually double of the initial fine. The court may grant jury trials on request and if the original fine payable is more than $500. The defendant will also bear the cost involved in bringing the jurors together. 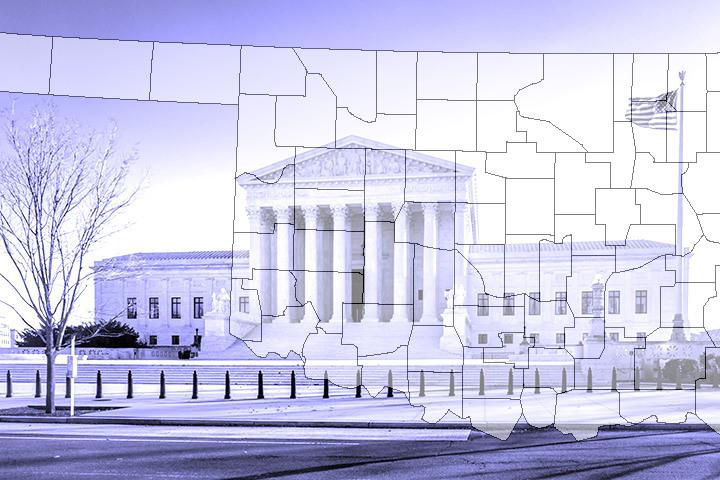