I Agree
How to Find Criminal Records in Oklahoma | OklahomaCourtRecords.us
Oklahoma Court Records

Are Criminal Records Public In Oklahoma?

In Oklahoma, criminal records are classified as public records and hence subject to disclosure. The Oklahoma Public Records Act authorizes relevant agencies to provide access to the public for inspection and copying of criminal records. Persons, third-parties, and state agencies seeking information about the criminal history of an individual may also access the required information.

However, criminal records that have been expunged or placed under a restriction are prohibited from public access. The Oklahoma Juvenile Code also requires confidentiality for most juvenile records.

Criminal records in the state are maintained by the Oklahoma State Bureau of Investigation (OSBI). Criminal records obtained from the OSBI are the most comprehensive criminal reports available in the state. Per the Oklahoma Open Records Act, Title 51 § 24.A.5.2, any requests for criminal records must include at least the full name and the date of birth of the subject. Additional information aliases and social security numbers are optional but may be provided to aid a complete search of the OSBI database.

What Is Included In A Criminal Record In Oklahoma?

An Oklahoma criminal record is an official document detailing history a subject has had with local law enforcement agencies at all levels. These include information on the person’s interactions with courts, law enforcement departments, and state correctional facilities.

The details of an Oklahoma criminal record include:

How To Look Up My Criminal Records In Oklahoma?

The Oklahoma State Bureau of Investigation (OSBI) is the agency tasked with maintaining criminal records in the state. After an arrest and booking by the police in Oklahoma, the law enforcement agency faxes the arrest information to the OSBI to create a criminal history record information report. OSBI updates the criminal record by tracking the case through the courts (for cases that end up in courts)

Hence, requesters may place a request for a personal criminal record by submitting a completed Criminal History Request Form to the OSBI in person, by mail or fax. In line with Title 74 § 150.9, the OSBI charges a fee of $15 per record check, which must be included with the record request form. The fee is payable by cashier’s check, money order, business check, or credit card. Personal checks are not accepted, while cash is accepted for in-person requests only. Criminal records requested in person are usually obtained on the same day.

Make fax requests to (405) 879–2503. Only credit card payments are accepted for fax requests. For mail requests, include a self-addressed postage return envelope with the request form and application fee. Submit to:

How Can I Get My Criminal Records For Free In Oklahoma?

Comprehensive criminal records in Oklahoma may be obtained at a nominal fee of $15 from the state Bureau of Identification. OSBI makes no provisions for waivers for the processing fee per Title 51 § 24. A.5.2.

How To Search Criminal Records Online In Oklahoma?

CHIRP requires users to provide the subject’s first name, last name, and date of birth. CHIRP searches the database three years before and after the date of birth to find possible matches for the information provided. Users may provide additional identifiers such as maiden names, previous married names, nicknames, and social security number may be provided if known, for a more thorough search of the CHIRP database. Per Title 74 § 150.9 (B)(2), a search on the OSBI Computerized Criminal History (CCH) database also costs $15. CHIRP allows searches including up to three alias names at no additional charges.

Although the Oklahoma Sex Offender Registry(SOR) and Mary Rippy Violent Offender Registry (VOR) are maintained by the Oklahoma Department of Corrections (DOC), CHIRP users may still request criminal records of persons registered on the databases through the CCH database. Per OSBI administrative rule, a SOR search costs $2, the same as for a VOR search. A combined search of both registries costs $4.

Using CHIRPY requires users to register on the portal while existing users may proceed to log on to conduct a criminal record search.

How To Get Criminal Records Expunged In Oklahoma?

Under Oklahoma expungement laws, citizens with misdemeanor and felony convictions on their criminal records may be able to have those convictions expunged if certain requirements are met under 22 O. S. § 18 or 22 O. S. § 991c. Persons may qualify for one or both types of Oklahoma expungements. The first and the most important step in filing for expungement is to verify eligibility. Under 22 O. S. 991c, persons may only petition for an expungement if they made a plea and received a deferred sentence and have successfully completed probation and any other terms of the sentence. Note that records are not automatically expunged after completing the deferred sentence. The person seeking expungement is required to file a petition.

Under the broader section 18, more commonly known as full record expungement, individuals with criminal records will have their court records sealed as well as the files with the Oklahoma State Bureau of Investigation (OSBI). Such persons may also legally deny the conviction without any fear. Oklahoma stipulates specific criteria or circumstances for an expungement under section 18. These include:

After carefully determining eligibility for expunction under the two Oklahoma expungement statutes, applicants may follow this procedure to complete the petitioning process:

Note that there is a court fee ranging between $150-$180 depending on the county. It may also take up to a month for court records to be expunged after receiving the certified copy of the expungement order. The OSBI may also take up to a month upon receipt of the order and required fee before arrest records are finally expunged. Eligibility criteria for expungement frequently change, and the procedure involved may be complicated. Therefore, individuals seeking expungement are advised to hire the services of experienced expungement attorneys.

Who Can See My Expunged/sealed Criminal Records In Oklahoma?

Criminal records that have been expunged according to Oklahoma statutes have not been physically destroyed. Fingerprint cards are also not destroyed as Oklahoma expungement statutes do not mandate the destruction of physical records. Identifying information, including fingerprints, are still maintained by the OSBI. However, the records are sealed to everyone except law enforcement agencies.

Persons who have successfully expunged their criminal records under section 18 will have their records prohibited from public access. Persons who expunged their criminal records under section 991c still have their charges visible in a background check but will have a notation of “pled not guilty, case dismissed” in the disposition area. Pieces of evidence of the commission or conviction of a prior offense may be used as credibility or impeachment evidence in a later case.

Private sector records, such as newspaper articles, are not expunged and are still accessible to the public. Although traffic offenses are not eligible for expungement in Oklahoma, they are automatically removed from a person’s driving record after three years. 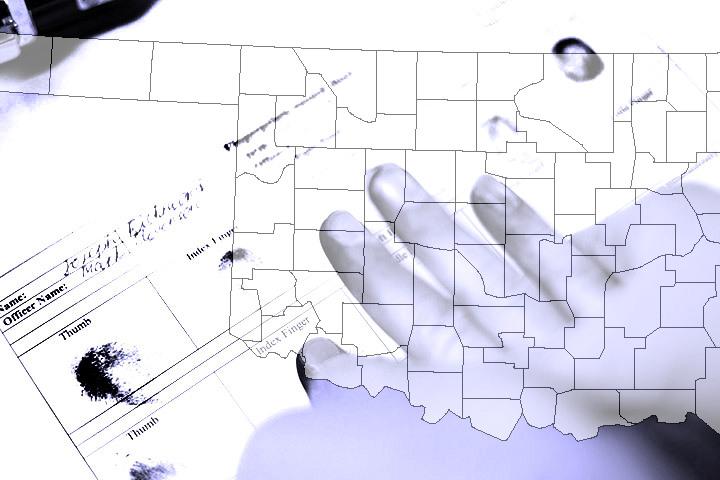