Contract disputes in the state of Oklahoma exist when one of the persons involved in the contract defaults on fulfilling obligations stated in the contract. When two parties engage in mutual understanding in achieving a goal or service, it is called a contract. Contracts can come in oral or written form, and both involve specific terms that both entities must have a grasp of. Breach of contract leads to a lawsuit involving the plaintiff, defendant, and a judge to settle the dispute in the claims court.

On the other hand, property disputes involve disagreements about real estate, mostly a landlord and tenant issue. Other times it can include neighbors, builders, municipalities, and trespassers. Some examples of property disputes include landlord-tenant disputes, zoning issues, and ownership disputes.

What are Contract Disputes in Oklahoma?

According to the Oklahoma state statute Title 15, contracts are defined as an understanding between two entities to perform a specific task or not. The inability to fulfill the terms of contact by any of the participating individuals leads to a contract dispute. There are two main types of contract breach;

Material breach refers to a contract breach deemed irreconcilable and wholly broken to the extent that none of the terms of the contract can be fulfilled. Usually, it is the non-breaching party that initiates the suing process for damages. An example of a material breach is when someone agrees to buy a car and fulfills all requirements. Only to be refused the key to the vehicle by the breaching party or the seller changes mind not to sell again. In this case, the contract is worthless.

Minor Breach: This type of breach occurs more often than material breach. Unlike material breach that involves irreparably broken contracts, a minor breach is the partial fulfillment of the contract terms by one of the parties. In simpler terms, a party may not fulfill one of the terms of the contract, and the non-breaching individual has the right to take up the case in court. However, this does not lead to the dissolution of the contract. For example, a real estate agent hires a home painter to paint a house color blue. The home painter paints the houses but with the color red. In this case, the goal of the contract was met but not according to the major terms of the agreement. Hence, the breaching party is liable to be sued for damages.

What are the Most Common Contract Disputes in Oklahoma

The courts of Oklahoma state handles several contract disputes, but the most common types are;

What is Oklahoma Contract Law?

The Oklahoma contract law stipulates that contracts are legally binding agreements to do or not do a certain thing. And it involves vital elements such as parties capable of contracting, consent, a lawful object, and a sufficient cause. The law exempts individuals such as minors, mentally unstable people, and incarcerated persons involved in a contract agreement. Oral contracts are encouraged except those under the authority of the Oklahoma Statutes of Frauds. Written agreements can as well include electronic documents.

What is a Breach of Contract in Oklahoma?

Contract breach under the Oklahoma Contract law is termed a failure by one entity to live up to the agreed responsibilities under a contract without legal defense or excuse. This entails the inability of one of the parties to perform the duties as promised.

What are the Remedies for a Breach of Contract in Oklahoma?

There is a remedy for breach of contract in Oklahoma. Generally, the non-breaching party seeks compensation for damages. The aim of compensatory damages is to put the non-breaching entity in a financial position as if all the obligations were met, which may be a small or large amount of money. To file a contract breach claim in Oklahoma, the first step is to contact the district court through the clerk’s office by email or telephone. Concerned parties can file for claims up to $6,000 with or without the aid of an attorney.

There is no specific time allocated for filing a breach of contract claim, but it has to be within the statute of limitations of Oklahoma state. This is five years for written contracts, two years for oral agreements, and two years for property damages or personal injuries. When it comes to contract breach cases, judgments can be subject to appeal by either party within 30 days from the entry of judgment.

What Defenses Can Be Used Against a Breach of Contract Claim in Oklahoma?

In some instances, a breach of contract claim in court can be dismissed or nullified in favor of the defendant, but it must meet one of the criteria below:

What are Property Disputes in Oklahoma?

What Are Some Common Types of Property Disputes in Oklahoma?

The state of Oklahoma has a huge record of property disputes annually and some of the common types are;

How to Find Property Lines

Property lines define the size of a piece of a property in terms of where it begins and ends. When renting or buying a new property, it is better to know the boundaries around such property. Property lines can be found by visiting the office of the local county clerk in Oklahoma state, where access to public maps is provided to locate boundaries.

How do I Find a Property Dispute Lawyer Near me? 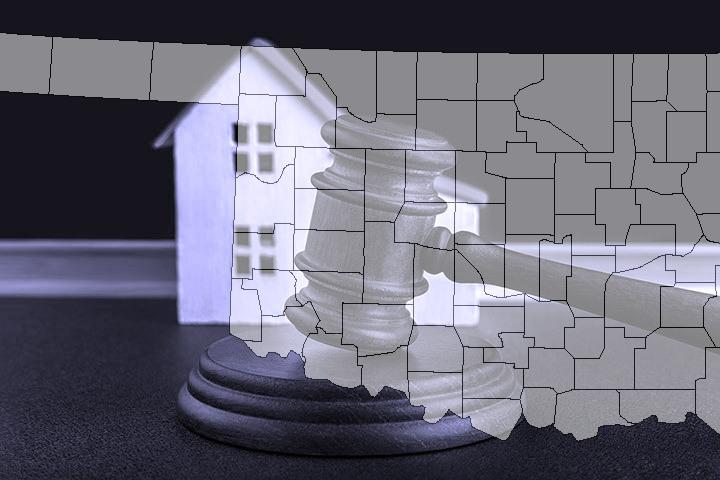